We know that this year with the continuation of the pandemic that people including students may need some additional support to be successful at school.

Keep in mind that children can express their feelings in many ways. We encourage you to speak openly with your children about what they are feeling.

As a parent or carer you can help your child with what they’re experiencing:
* Listen to their concerns – let them know you’re there for them and acknowledge how they’re feeling
* Make time to talk – provide an space for them to share their feelings and worries.
* Focus on strengths and hope.

There are a range of online and face-to-face services that can help you support your child. ACT Health has put together a page of information that families may find useful:  Ways you can support your own mental health and wellbeing | Health (act.gov.au) 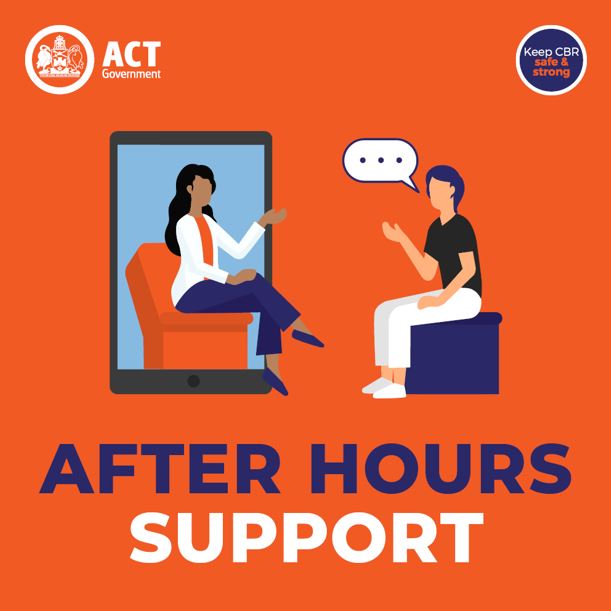 After hours support is available:

To enrol in our College 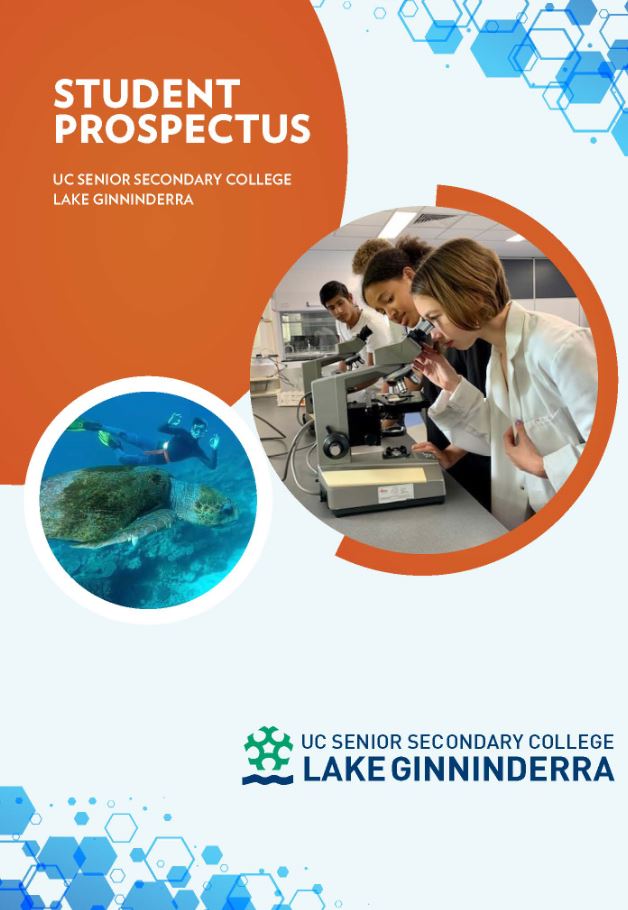 Here you will find all the information to selecting the right course for you! Please check out  UCSSC Lake Ginninderra School Prospectus.

News and About Our School 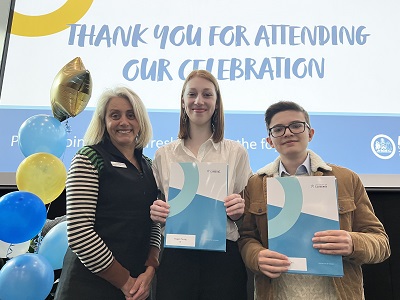 Congratulations to UC SSC Lake Ginninderra students Teagan and Tunc on  completion of their H course at the University of Canberra. They were recognised in a ceremony at the university on 2 November.

An H course adds to a student's experience of college by giving them points towards their Senior Secondary Certificate, a score towards their ATAR and their first university grade. H courses will be offered in a variety of exciting areas again in 2023. 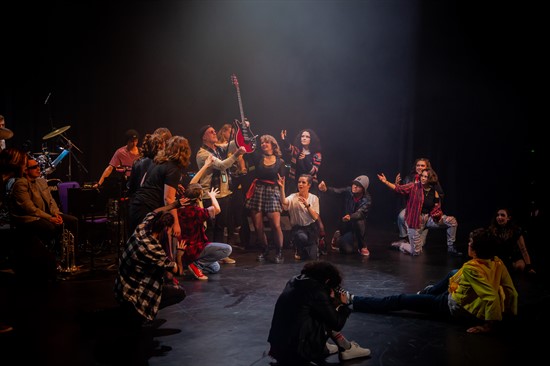 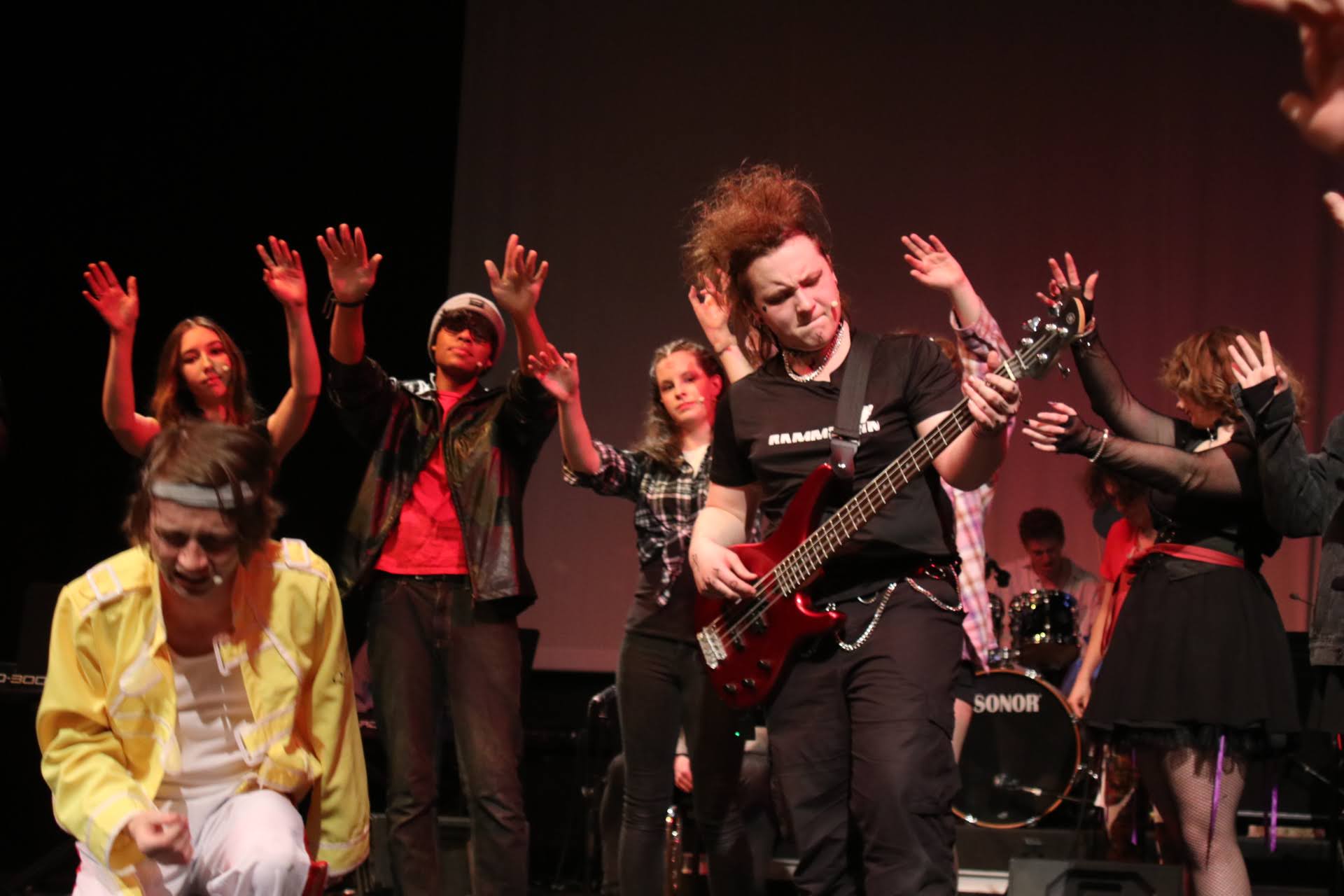 We will rock you

With a catalogue of songs spanning generations, performances of the musical We Will Rock You based on the songs of the rock band “Queen” have been an inspiration to deliver. In the process we created our own Kind of Magic. Knowing that the fabled lead guitarist of “Queen”, Brian May had with his father invented a guitar in the early days of the band which gave him his distinctive and recognisable sound, we purchased (for the show and the music department) a BMG Special Guitar. This guitar from Brian May Guitars in the UK was front and centre sonically and visually throughout the performances.

The production has worked through numerous challenges including a change of production (planned to be Mamma Mia), a change of venue mid-performance season, a shortened preparation period, and the trials of working in the age of Covid. Despite the challenges, the resilience and enthusiasm of all involved was astounding. A big thank you is due to all of the participants, who, once in the same room at the same time, worked harmoniously Under Pressure to produce a stellar take on these classic tracks. It has been a delight to work alongside the band, cast and crew, and observe each individual’s development as we have created this production.

On Friday students participating in the Health, Medical and Applied Sciences R Unit (HMAS R Unit) attended an excursion to the John Curtin School for Medical Research at ANU. The R unit aims to  inspire students by exposing them to the wide variety of possibility in science-based careers.

Welcome to UC Senior Secondary College Lake Ginninderra (UCSSC Lake Ginninderra). Ginninderra is derived from the Ngunnawal word meaning 'sparkling like the stars' and our college provides students with the skills and enthusiasm for a life of learning, personal growth and improvement.

The College has close associations with all universities in the ACT and higher education links beyond the territory.  Our site includes the Academy of Future Skills, the Science Mentors Program ACT, Belconnen Training (RTO), Academic Excellence Program, Sporting Centres of Excellence with links to the Australian Institute of Sport, the only NBA Basketball Academy in the Southern Hemisphere, and we offer a best practice Outdoor Education program.    Our alumni include notable community figures in industry, government, research, the Arts and Olympians. Our students participate in a variety of leadership and co-curricular activities available on, and off, campus. read more....

Single family group tours of the entire college along with advice on course selection and enrolment are possible after school hours, by arrangement only.